VOC: RIVALS CLOSING IN ON MAPFRE

At the Volvo Ocean Race, MAPFRE have had to fend off the competition to maintain their lead on the race to Cape Town, according to reports. The race Leg 2 leaders were eagerly watching their rivals as they raced a little over 800 miles of the finish line. 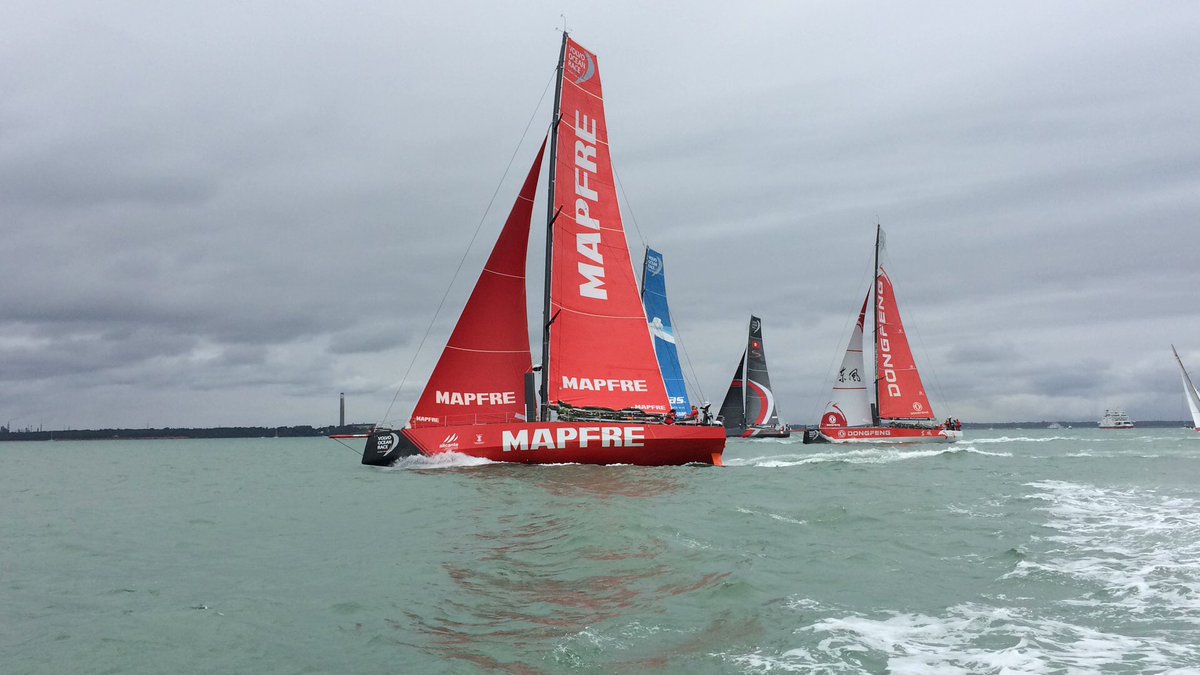 MAPFRE has at least 35 miles over their nearest rival two days ago but that has been well reduced as Dongfeng Race Team push closer to be 12 miles away. Third placed Vestas 11th Hour Racing and fourth placed Team Brunel have also edged closer. With less than a thousand miles to the Cape Town finish line, the top four teams are just 37 miles apart, meaning there is potential attack in the pipeline.

Latest reports show that MAPFRE have started sailing away from the pack, extending their advantage since 0700 UTC. The team navigator Joan Vila admitted that there is potential attack from any of the rivals.
“First is a difficult position to defend – we’re just trying to do what looks best for us. The transition ahead looks good but we’re a bit nervous that it could be lighter than predicted. Still, the race is far from over,” he said.
Vila praised rivals Dongfeng, Vestas and Brunel for their tenacity. However, he remains optimistic that bar major surprise, MAPFRE will hold on to the lead until the end.